When I took over this project at the end of last year, I didn't expect it to be so popular. I just thought letting the website die would be cruel, since I had fond memories of I-War 2. A game that was seemingly ignored by the rest of the world.

Now - 8 months later - people have sent me mods, missions, music, renders, patches, ships, modding guides. news articles and many more things. We've almost reached the magic number of 400 files people can download from our website. I-War 2 has seen a release on Steam, it was picked up by a very popular YouTube channel and since December we've transferred 30.000 files out into the world wide web.

This is proof - we are not dead! This is only our warm-up phase :-)

What's happened in the last months since our latest update?

Well, let's tell you the sad news first: The Torn Stars website has been down for weeks. There are no news about it, it may never come back (but that's just speculation).

Luckily, we've mirrored the Torn Stars total conversion and its expansion Unstable Space before this happened (thanks for persuading me to mirror it all, guys).

Deep from within the depths of our galaxy, d3rt13n showed up and brought us some mods for Unstable Space that make the game look even better than it already does. If all goes well, we'll even get an awesome nebula background in the future!

Additionally, Chessking recreated the cursors of I-War 2, so you can use them as your default cursor on any Windows version you want. He also created a new mod that lets you swap out your station with any station you want - even with a broken ComSec station that's never been used in the game. How cool is that? :)

We've also missed out that Daedalus29 made his own Full HD renders of the Command Section in December 2014. You can see one of them in the title image, visit the original thread for the rest of them or download them from our Goodies section.

Last but not least I've contacted the friendly guys over at flipsidedata.net - they fixed the old EoC Online game, so you can play I-War in a browser!

That's all! Have fun drifting through space, robbing big corporations and blowing shit up!

# lyran 2016-09-09 21:23
you don't seem to have very many Babylon 5 mods . I have a SH%T load . how would we go about getting them to you and your site . (I even have the whitestar , several EA ships and the Buda5InGame_Setup mod that changes the entire game for IW2 eoc)
partial list of my files
Buda5InGame_Setup
centauri primus
custom jafs
deluxe starmap walkthrough
ea hyperion, nova, triton
Excalibur, whitestar, vorlon dreadnought, narn t'loth, multimod and location finder multimod
as well as the original save file (savegame 13) that opened all the ships for mods to work
they were all made to work with eoc_patch_2 which I also have hehehe 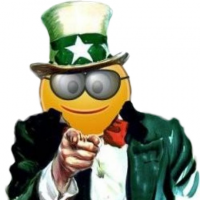