Less More
7 years 6 months ago #19211 by pr0fez
Replied by pr0fez on topic Is anyone still playing in 2014?
Yes, I still play occasionally. I still play around with Torn Stars and POG scripting from time to time.

It's a real shame Particle Systems never published the source code -- the IP is sloshing around in a company put into administration and will likely just rot into oblivion there. I would just love to break free of the restrictions of limited modding or binary reverse engineering and do some real work with EoC.

I was only on the sidelines, but I got the banner

Less More
7 years 6 months ago #19212 by IronDuke
Replied by IronDuke on topic Is anyone still playing in 2014?
If anything, I play even more in 2014 than I did a decade ago when I got the game. Except this week, I've been busy working own a few projects (and my computer freaked out with something I tweaked in the game, and now I have to reinstall it.)
Boy, am I glad to see this site still running. When Soupdragon announced the site closure, I recalled the old I-War 1 site, gone so long ago I've never been there. In fact, I wonder if it even existed in the first place.

My silly imagination was cooking up visions of typing i-war2.com and getting a 404 error...

By the way, concerning that Dagda bug, I figured out a way around it that works about 70 percent of the time. I'm not sure if you want it now, though. It contains a couple mission spoilers, but no plot spoilers, luckily.
If anyone is wondering who I am, I'm an ancient veteran of the game who's played it through about fifteen times and haven't been blown up in literally months, and it's not from lack of playing nor an indestructibility cheat. It's from playing too much for nine years with a pair of joysticks and neutron PBCs. A friendly warning: excessive gameplay may result in extreme skill.

I've gotten too good, and now the game isn't hard enough even with Hotfoot's Elite mod.
Sorry for the ramble, I'm a little gleeful that this site will live for yet longer, giving me the opportunity to complain about nothing of importance a while longer.

Long live Independence War and blowing stuff up in space!

--Ironduke
I-War 2 Discord: discord.gg/RWaabWB
Very little about the game is not known to me. Any questions you got, throw them at me.

Less More
7 years 6 months ago #19214 by tombombodil
Replied by tombombodil on topic Is anyone still playing in 2014?
I am glad that this is up and running. I found the game after it seemed to die out and could not understand how such a cool game was not still played more. I will be looking in on this site and hopefully playing more. On the game that I own, I cannot get past the first step out of Lucrecia's base. I will now work on this again.

See you out there

However thanks for keeping up the site, many good moments are connected with I-War 2!

Actually I still have that poster with the Dreadnaught-picture on the front site.

Less More
7 years 6 months ago #19216 by kadiir
Replied by kadiir on topic Is anyone still playing in 2014?
I still play although I haven't play much since my 22 month old twins were born. Even when not following the story I just would sometimes go out hunting for cargo

Vanger wrote:
I've bought myself a X52 last year at last, and the game is even better with it.


Wow, that thing looks seriously overkill. I have a SideWinder Force Feedback Pro and I thought, I would never need any more buttons 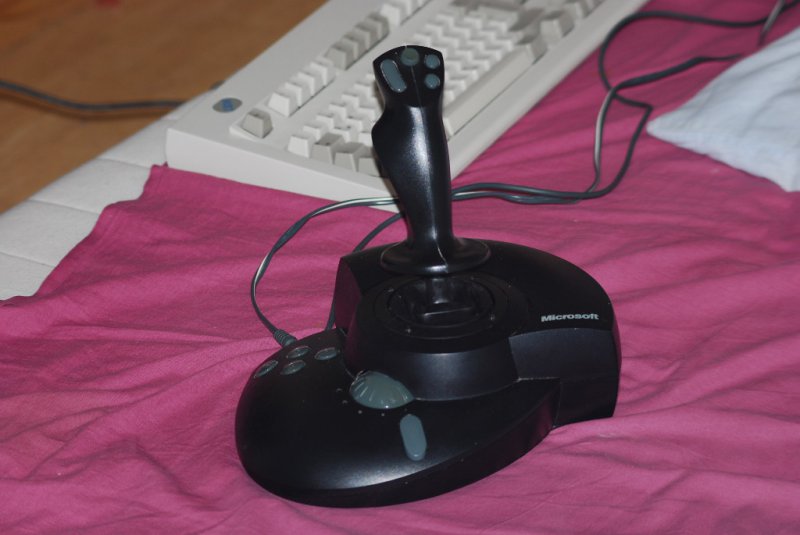 Roi wrote:
Actually I still have that poster with the Dreadnaught-picture on the front site.

That poster is really cool. I got it from GOG, where someone uploaded a high-res version of it. I think I will add it to the downloads here.